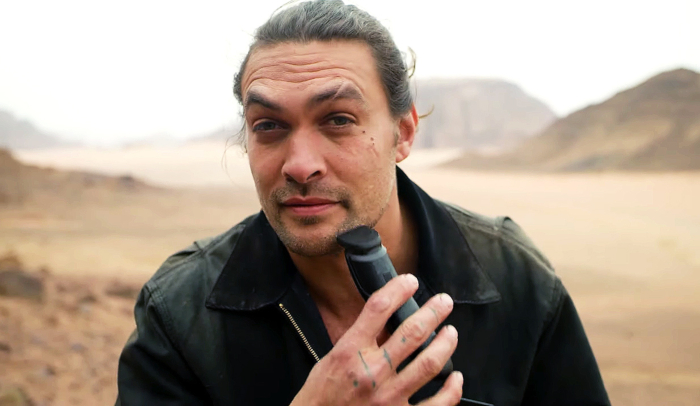 Jason Momoa didn’t shave off his beard just to encourage recycling – he also did it to endorse a new product!

Aquaman and Game of Thrones star Jason Momoa sent fans into a frenzy when a video on YouTube showed him in the desert, shaving off his signature beard.

In the four minute video, Momoa says he’s making a major change to his appearance to encourage people in turn to make changes to help improve the health of our planet.

Momoa then begins to shave away all traces of Aquaman and Khal Drogo, and with each stroke of the razor he talks about the benefits of aluminum cans (which are supposedly 100 percent recyclable) as opposed to plastic bottles.

As I watched this video unfold, I couldn’t help but suspect that there was more to the message – and I was right.  At the end of the video, Momoa divulges that he is promoting a new water product that is served in aluminum cans.

Therefore, this feel-good, social cause video, is actually a typical brand ambassador campaign.  The only difference is that it’s a very eye-catching and creative one.

The company that makes the aluminum cans is Ball Corp., a multi-billion dollar company that claims to be the largest supplier of metal cans in the world.

Although the cans shown at the conclusion of the video carry no product name or logo, it appears the water will come in still, sparkling and spring versions.

The messaging in this video is very subtle, so subtle in fact that it may have been lost on viewers who were swept away watching Momoa alter his appearance so drastically and in real-time.

But there’s no question this was a very successful stunt.

And as brands strive to introduce their products and services in unique ways, these types of buzz-generating tactics will become more commonplace.

All stories by: Darcy L Bouzeos
At 85, Jane Goodall is a spokesperson for a deodorant – and it doesn’t smell like monkeys!
Viral video of Dad “talking” with his infant son turns into a Denny’s endorsement deal for the duo!